Since 2008, IGNA has been offering bloodstain pattern analysis in conjunction with papillary traces and DNA analyses. Once again, IGNA is a pioneer in the field, as the laboratory was the very first French private laboratory to introduce this type of expertise.

Blood traces are systematically analyzed under rigorous principles (bloodstain taxonomy). This approach enables the detection of reference samples, critical according to the investigation. It also enhances efficiency while reducing the cost of analysis.

The service we provide

This technique, established in the late 19th century, was only developed in the 1950s in the United States and very recently in France.

While DNA tests make it possible to determine the protagonists of a case, pattern analysis provides decisive insight on what actually occurred. Pattern analysis, in conjunction with DNA, is used to measure the bloodshed, to identify the perpetrator or victim and the most probable case-scenario.

As a pioneer in the quality approach of this discipline, IGNA’s blood pattern analysis is accredited to the NF EN ISO CEI 17020 standard since August 2014 (accreditation NĀ°3-0943). 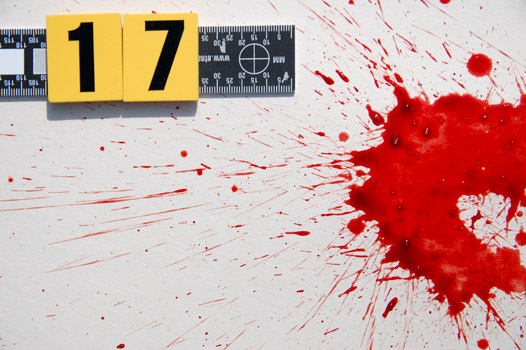